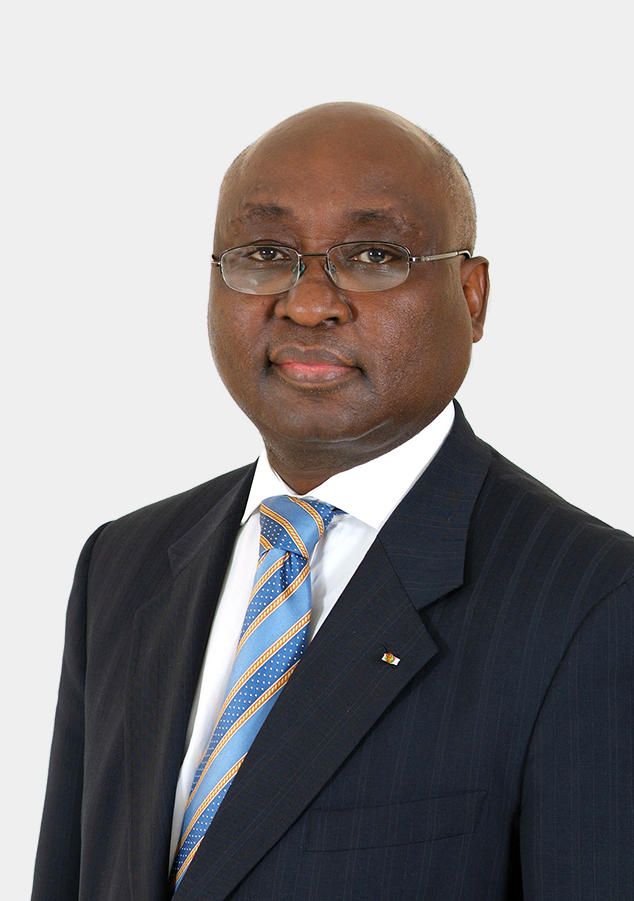 Dr. Donald Kaberuka, serves as the Chairman of the Board of Directors with a strong focus on developing infrastructure and policies to strengthen African institutions.

The African Development Bank is Africa’s premier development finance institution. During his tenure as President Kaberuka significantly bolstered the franchise value of the Bank. Under his leadership the Bank tripled its capital from USD 30 billion to USD 100 billion and doubled the portfolio to USD 12 billion per annum.

Kaberuka’s leadership was characterised by a “big push” on infrastructure which accounted for 60% of Bank activities, with total commitments of over USD 25 billion, in transport, energy, water, urban development and IT. Under his leadership the Bank led from the front on private sector and business development, with a focus on improving the investment climate and extending tailored support to business through a wide range of instruments. In ten years the Bank support to the private sector grew from USD 500 million to USD 2.8 billion per annum.

He championed an inclusive growth agenda; promoting a strong link between security, development and environment, establishing a ring- fenced facility for conflict-affected countries. The African Development Bank played a major countercyclical role during the global financial crisis where the Bank, for the first time, became the largest lender to Africa providing up to USD 12 billion in liquidity, balance of payments, budget and other forms of support to help African countries weather the crisis. Kaberuka also put in place an Africa Natural Resource Center and the African Legal Support Facility to enable African countries to more effectively manage natural resource wealth.

Prior to joining the African Development Bank, Kaberuka was Minister of Finance and Economic Planning for eight years (1997-2005) leading the economic team within the Government of Rwanda. In that capacity he served as Governor for Rwanda for the International Monetary Fund and the World Bank. He was a Hauser Leader in Residence within the Center for Public Leadership at the John F. Kennedy School of Government at Harvard University (2015 – 2017).  He currently serves on the Board of the Rockefeller Foundation, the Mo Ibrahim Foundation, the Centre for Global Development and is a Senior Adviser to the global Private Equity firm, TPG-Satya, promoting investment on the African Continent. He received his PhD in economics from the University of Glasgow.

In January 2016, Kaberuka was appointed African Union (AU) High Representative for Financing of the Union and the Peace Fund. He is a member of the Pan-African Advisory Team on African Union Reforms. Kaberuka also co-chairs the London School of Economics-Oxford Commission on State Fragility, Growth and Development with David Cameron, chairs the High-Level Panel for The External Evaluation of the Independent Evaluation Office of the IMF and is a Member of the Global Leadership Foundation.

Since October 2017, Kaberuka is the Chairman and Managing Partner of SouthBridge Group.